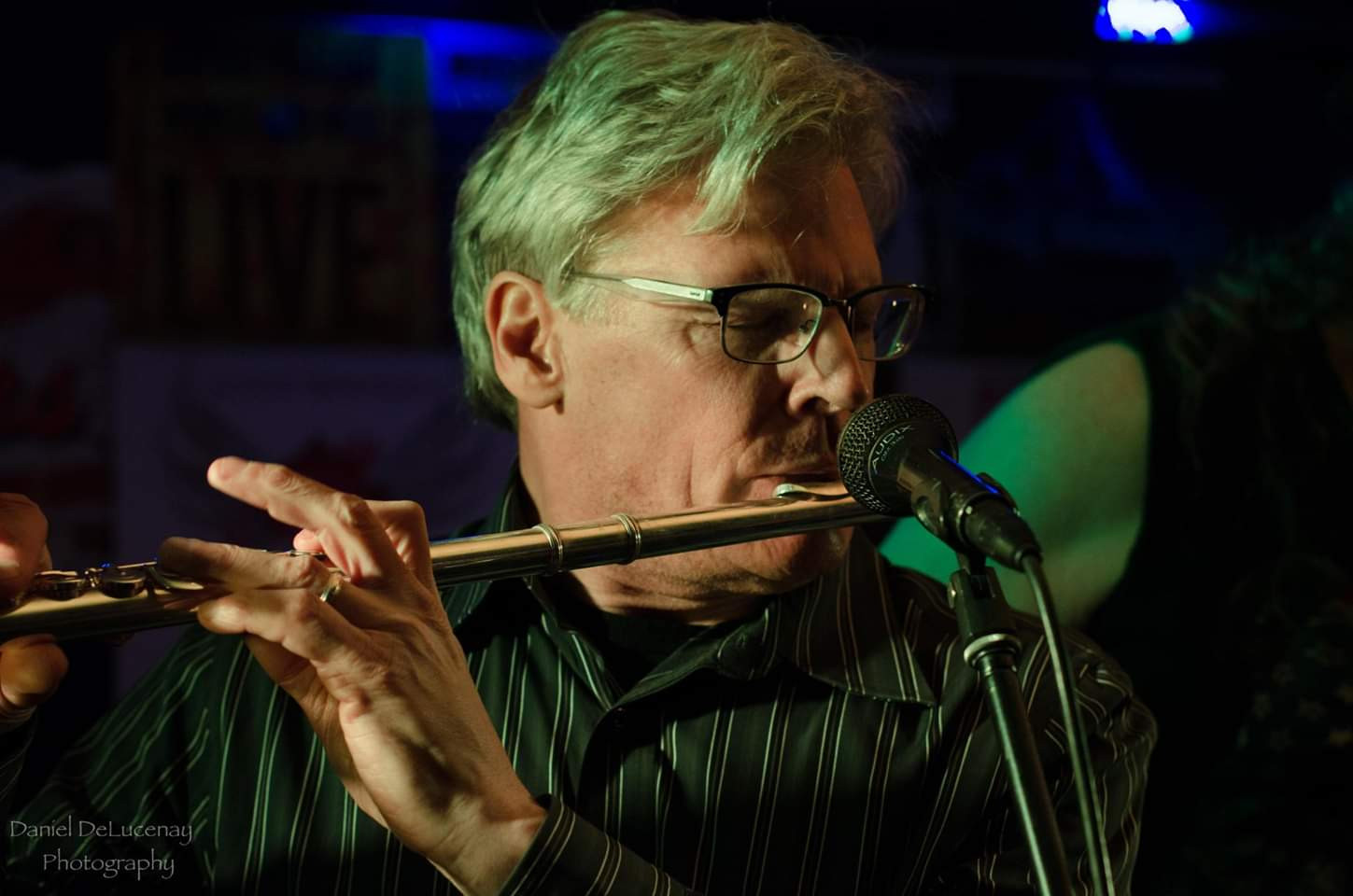 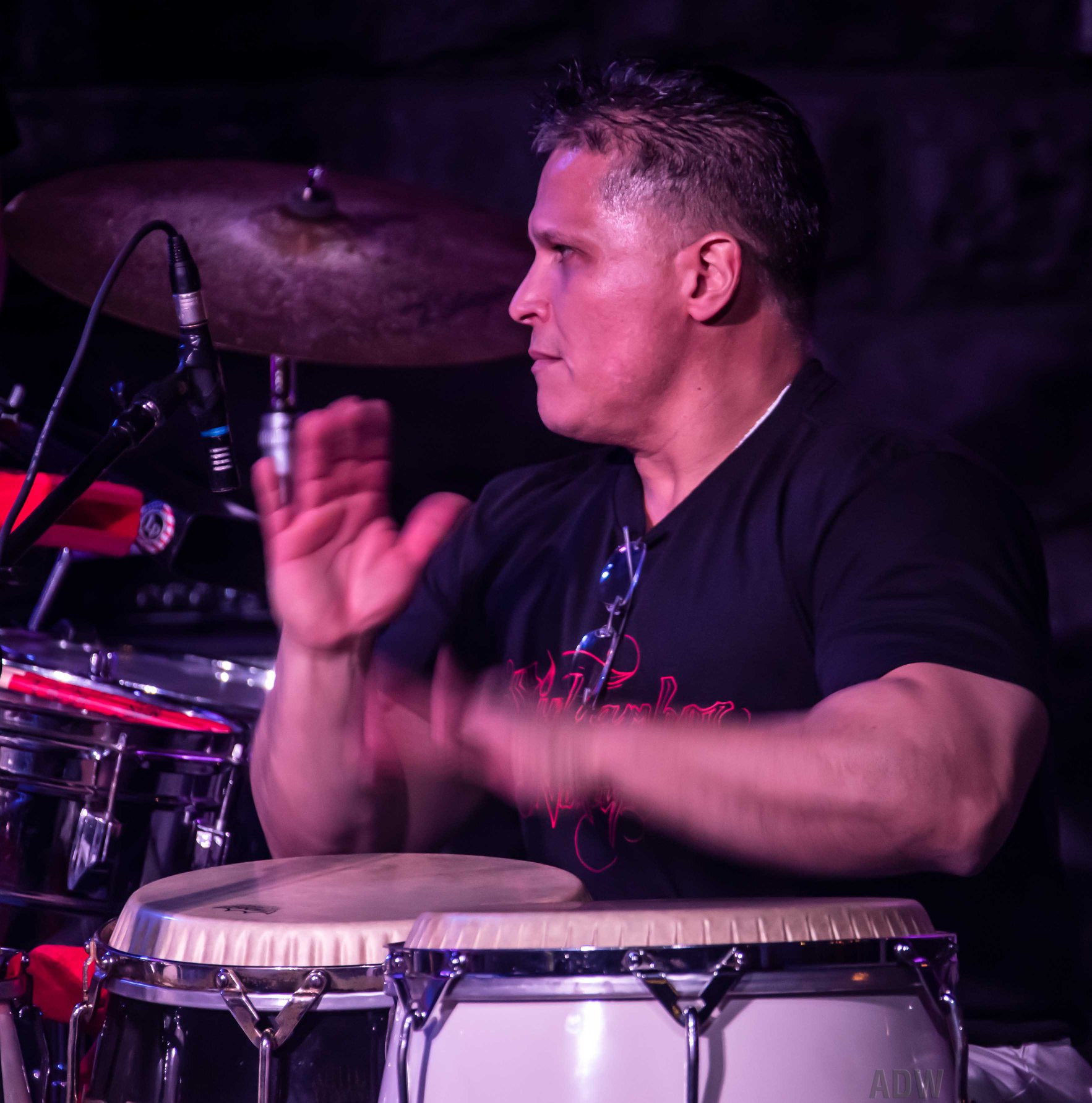 Sofrito Latin Jazz Quintet was formed in 2009 by flutist Tim Forster and Latin percussionist Tony Padilla. Originally a quartet, the group added a drummer 5 years ago to expand its repertoire. This versatile high energy group performs a blend of Latin music including Afro Cuban, Latin infused jazz fusion, and Brazilian. The group has performed at clubs, festivals, and private events throughout Western NY.  Their Webster performance will be almost entirely dedicated to the music of late great Latin flutist, Dave Valentin.

Tim Forster (flute) has performed in the Rochester area as a singer and flutist for the past 40 years. Besides Sofrito he performed, managed and recorded with his daughter jazz vocalist Madeline Forster’s quintet for 8 years, sang in The Bowties a cappella group for 17 years, and is a freelance jazz & Latin flutist for many other projects. Additionally, Tim has been the Music Director for Fairport Canal Days since 2012, and is on the Music Committee for Perinton’s Center Stage summer concert series.

Anyone who knows Tony Padilla (Latin percussion) truly appreciates his love for music & performing. He currently is a national touring artist with The Mambo Kings, performing with Symphonies throughout the US. He has shared the stage with artists such as Steve Gadd, Arturo Sandoval, Paquito D'Rivera, Lou Gramm, Randy Brecker, Sister Sledge, Bob Sneider, and many more. Tony also has performed percussion workshops for students at the Eastman School Of Music, The NYS Music Teachers Association, and various Colleges, High School and Elementary schools. As the proprietor of Primetime Entertainment Tony is active as a performer, studio session artist & educator.

Phil Lake (drummer) graduated from Berklee College Of Music in Boston, MA and is currently an adjunct music faculty member at Finger Lakes Community College in Canandaigua, NY. One of the most sought after session drummers in Rochester, Phil has performed with a wealth of western New York musicians as well as some world renowned artists including The Smothers Brothers, The Platters, Robert Merrill, Al Martino, Frank Gorshin, Al Chez, Wycliff Gordon, Randy Brecker, Jon Faddis, Eddie Daniels, Al Vizzutti, Eric Marienthal, Wayne Burgeron, and others. He is the regular drummer for the Bill Tiberio Band, having recorded 4 CD’s of original contemporary jazz music and appearing annually at the Rochester International Jazz Festival.

Hector Diaz (bass) has been playing with bands in the Western New York area since the age of thirteen. He has performed with Ismael Miranda, Hector Tricoche, "El Cano" Estremera, Paquito Acosta, Zafra Negra, Luisito Rosario, Wendell Rivera and Johnny Rivera. While in the Army, Hector toured with an All Soldiers show throughout Army bases in South Korea. Hector is a regular member of the Mambo Kings, performing throughout the US with major symphony orchestras.