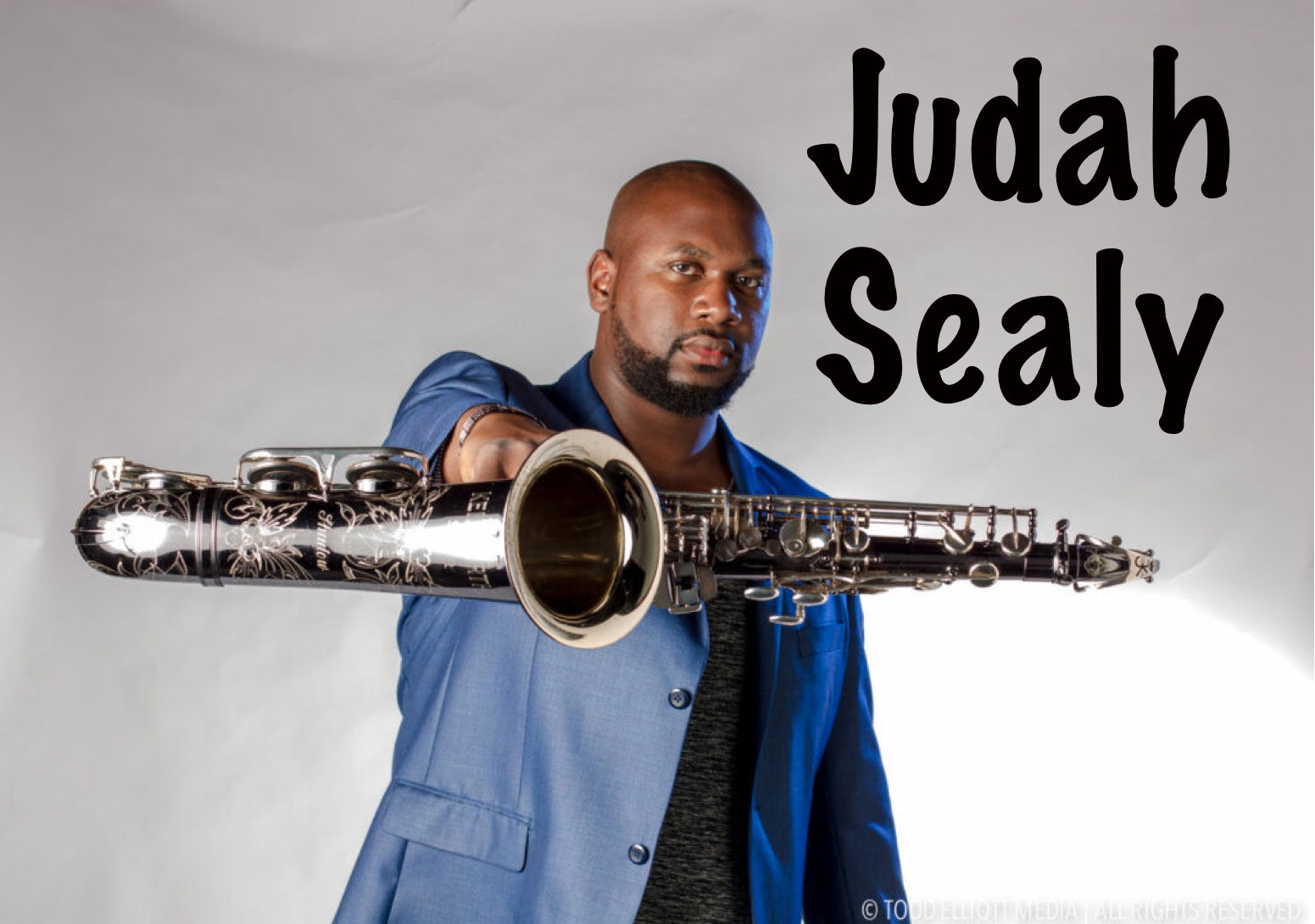 National Smooth Jazz Recording Artist Judah Sealy is a Billboard Charting Saxophonist, Keyboardist and Producer from Rochester N.Y Click here to listen in to: Off the Charts by Judah Sealy

Judah picked up the saxophone at a young age while attending School of The Arts from middle school through high school. (Class of ’02). He graduated from Roberts Wesleyan College in ’07 with a B.A in Music and shortly after graduating college Judah became a regular on the Rochester music scene as a side man and eventually as a bandleader.  During high school and while in college he found a knack for producing music and in May of 2014 Judah Sealy released his first self-produced single “Lifted” which led to his first smooth jazz album entitled “The Arrival” on August 14th 2015. This album featured hit songs such as “Timeless Love” and “Nightime”. The follow up to his debut album was a Christmas album entitled “A Judah Sealy Christmas” which was released in December 2016. His band features (guitarist Deepak Thettu, keyboardist Melvin Soler, bassist Tyrone Coley, and drummer Levi Bennett).